Visualizing place as a palimpsest: Mental maps in Russian geohumanities

Two special kinds of mental maps emerging from the Russian geohumanities are described in the article. Russian geohumanities are regarded as a specifc Russian PostSoviet tradition of cultural geography focusing on perceptions and interpretations of space. Te semiotic model of ‘place as palimpsest’ typical for Russian mythogeography is used to describe the multi-layered structure of a place, formed by diﬀerent cultures’
visions of one and the same place. Two opposing meanings of mental maps are discussed, namely, (1) mental spatial information, representing the image of the city and orientations schemes, (2) cartographic geovisualization, which reﬂects individual or collective perception of space. Mental maps, combining the traits of both classes (with the example of K. Lynch’s generalized urban maps based on the results of individual
cities’ perceptions) are argued to be the most prospective. Urban ‘mythogeographical’ mental maps from the Russian geohumanities are regarded as another kind of that compromise, being transformed from the diagram-like ‘image-geographical’ maps by localizing place myths into ‘sign places’ of a city. 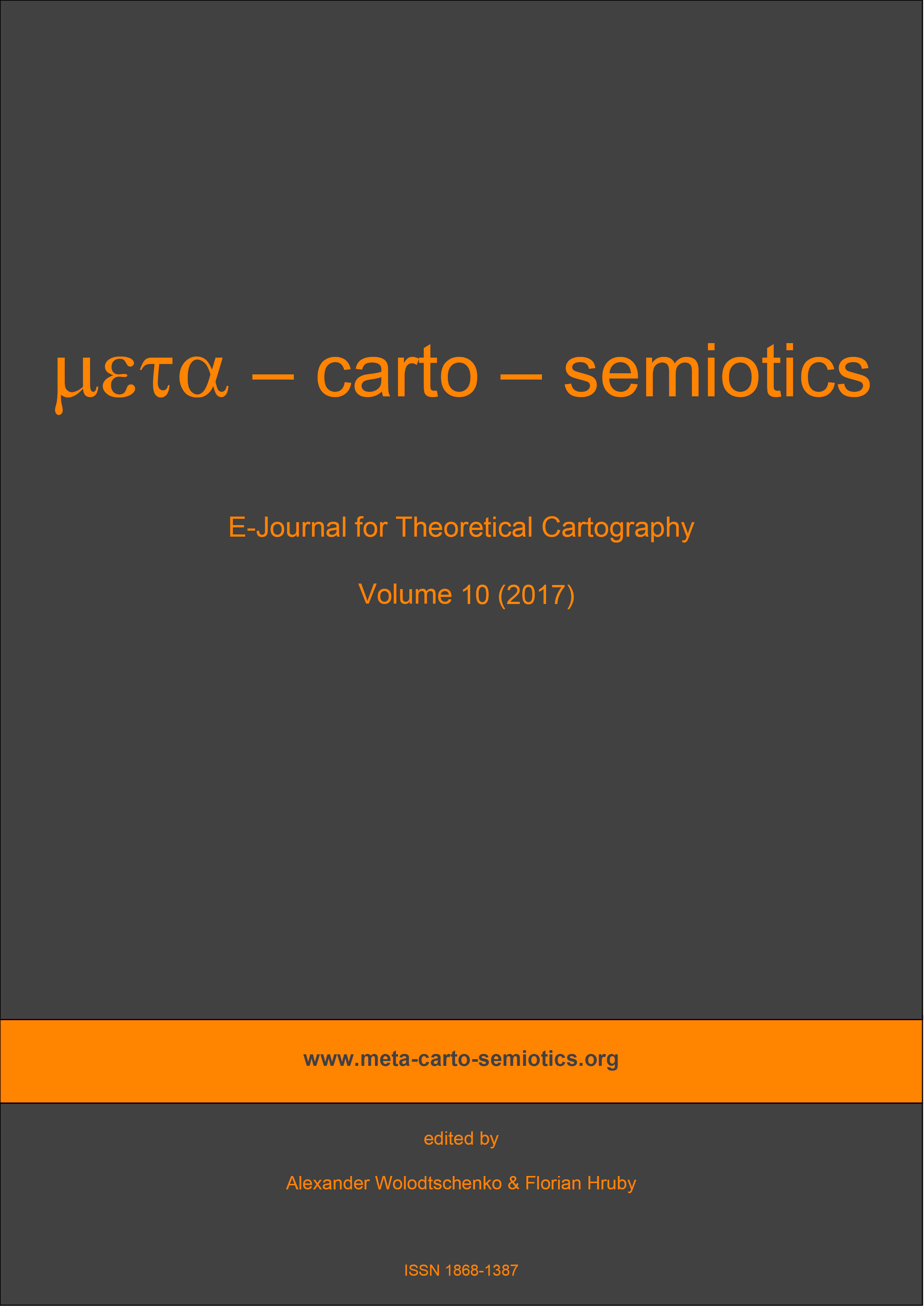